UPS professor was invited by UNESCO to present his poems 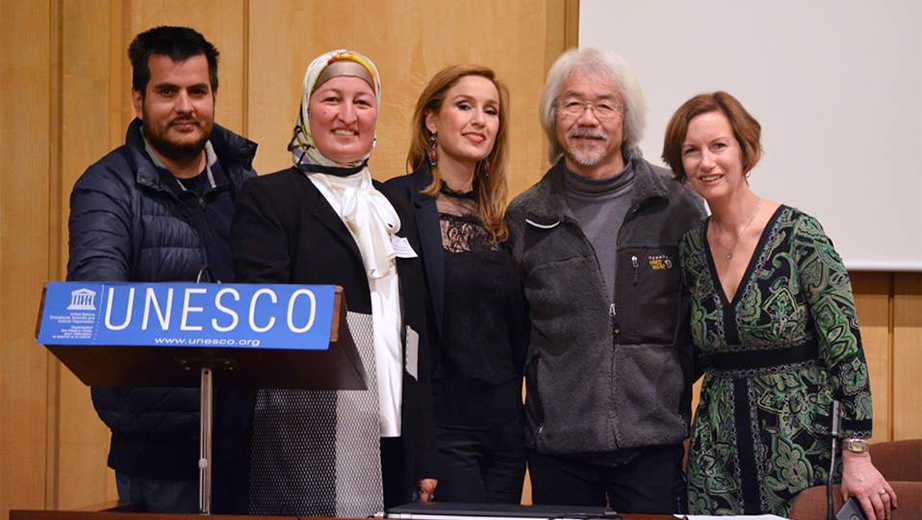 Augusto Rodríguez (left), with other poets

UPS professor Augusto Rodriguez, a writer and a poet, attended the World Meeting on Poetry held in Paris, France. The event, organized by UNESCO, brought together poets and writers from around the world to commemorate world poetry day.

During the event, Augusto Rodriguez spoke about his book "El gran teatro del mundo" which contains poems about peace, violence, war, torture, etc. Professor Rodriguez said that his participation in this event has been a great leap in his career as a writer because representing Ecuador and being able to read his work before UNESCO representatives was his dream.

"I received a direct invitation from an Arabian UNESCO representative who had read one of my poems which was translated into his language. Many of my poems have been translated to Arabic and soon a book will be published in Marroco and Egypt", said Rodriguez during an interview with El Universo newspaper.

Poets from France, Tunisia, Spain, Japan, Iraq, Morocco, Ecuador, and other countries attended this meeting, these are people who see poetry as a unique educational tool, which can be given formally or informally.

Several poems written by Professor Rodriguez have been translated into different languages, including Arabic. He is currently working on a long novel and has completed two projects that will be published in Spain, Ecuador, Morocco and Egypt.

UPS professor was invited by UNESCO to present his poems

Augusto Rodríguez (left), with other poets