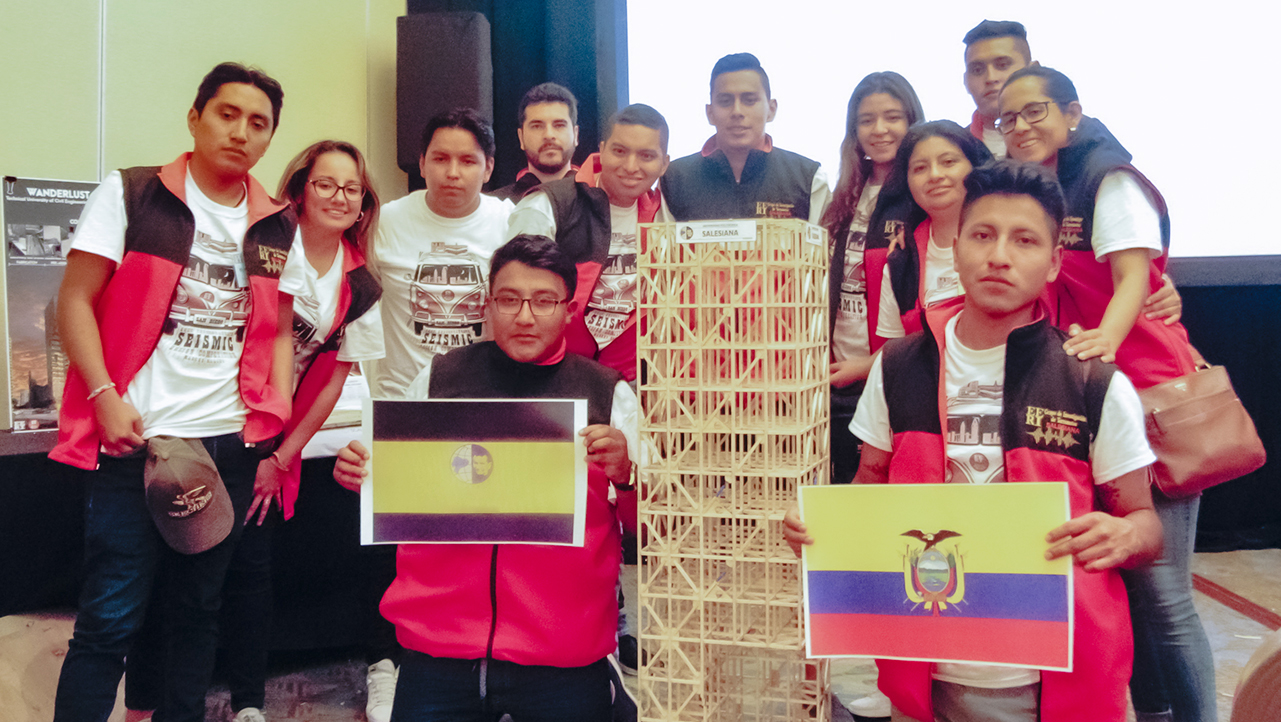 Students and professors with their project "Allpa Building"

The Project titled "Allpa Building", created by eight students and four professors from the civil engineering undergraduate program and members of the Earthquake Engineering Research Institute from our university, took part in the "2020 Undergraduate Seismic Design Competition" held in San Diego, California.

The competition was organized by the Earthquake Engineering Research Institute (EERI), an organization recognized worldwide for spreading earthquake risks and for seismic engineering research. In the contest participants had to build a sustainable building, considering the geotechnical and seismic conditions of San Diego - California.

UPS's proposal was a 15-story building with mixed geometry and a sustainable architectural approach. The first five floors are "L" shaped and the rest are square shaped. It has a damping device connected to a mechanical arm that simulates a piston mechanism that moves a viscous fluid from one chamber to another through connected holes to generate force and dampen movement between the points of the structure.

It was a difficult competition because it required a lot of research. Three universities from Ecuador qualified for the competition Fuerzas Armadas, ESPE and UPS, recognized for the implementation of innovative techniques in terms of seismic resistance," said Deysi Chicaiza, team captain.

The competition had four phases: design of a damping element, design of a building with characteristics specified in the competition, design of foundations and architectural design. There were 80 proposals from universities around the world, the one submitted by UPS was selected to compete in the final stage, which meant being part of the top 50.

Gabriela Soria, Director of the Civil Engineering undergraduate program, said these events complement students' academic training, since they can apply the knowledge acquired in the classroom, increase their professional capacities, as well as investigating and experimenting with innovative proposals. "These spaces broaden their learning horizons, help them compare to international universities and motivate them to be better. It has been meaningful and experiential learning," said Doris Andrade, professor.

For students, this experience was very enriching; Cristian Villacrés considers that "representing UPS and the country was magnificent, it allowed me to know how the construction process is carried out and the progress of Civil Engineering." "It was a challenge to place heatsinks in the structure, this caused great interest, they congratulated us for our contribution to innovation," said Britany Mendoza

Students and professors with their project "Allpa Building" 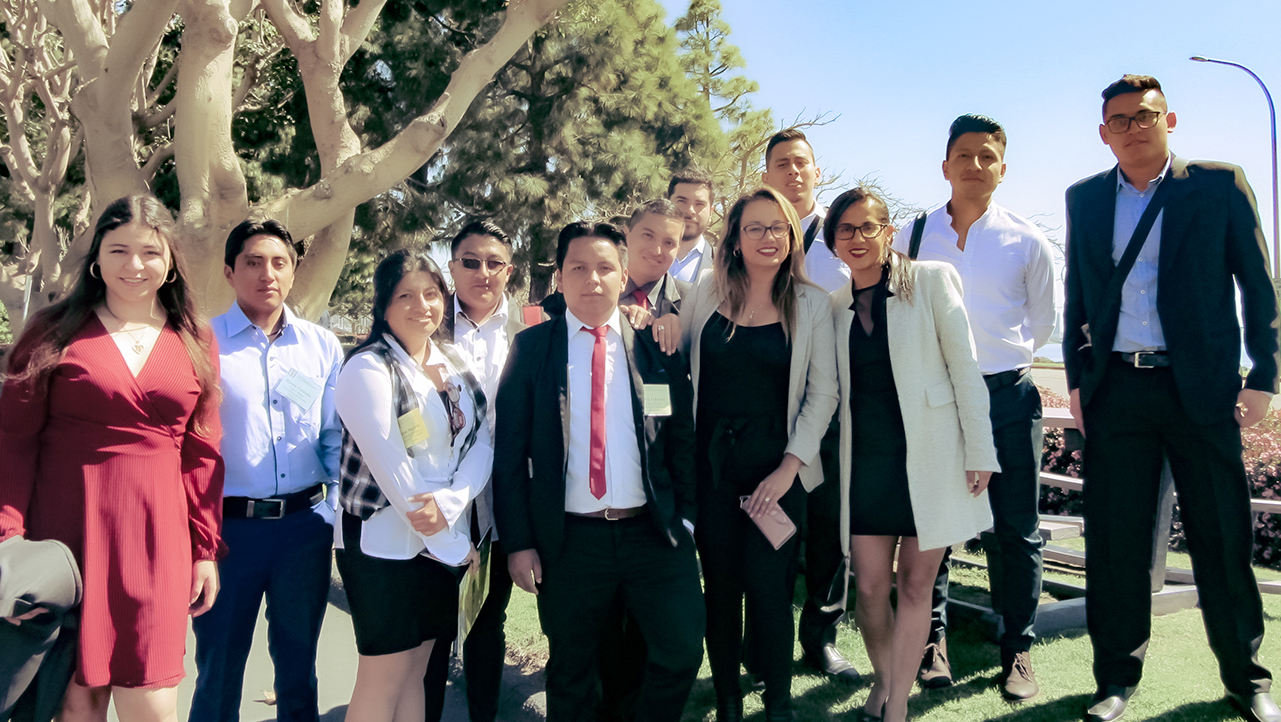